The Nola Nyxettes dance troupe is holding tryouts this weekend for talented ladies 21 and older.    The auditions will help form a new squad of women who will sashay down St. Charles Avenue during six  Mardi Gras parades in 2019. 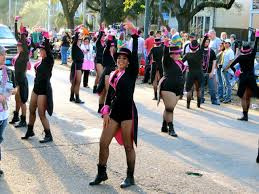 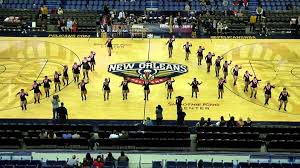 The Nyxettes are holding a clinic to teach eligible ladies a dance routine on Saturday, June 9 at the Hilton Riverside Chart Ballroom, Riverside Bldg from 10 am – 1pm.

Auditions will be held the next day on Sunday, June 10 at Harrah’s Casino, Fulton Street Room 1, from 10 am – 1 pm.    Dancers must attend the clinic to learn the featured number before auditioning on Sunday.  The 2018-2019 squad will be chosen on site.

Audition notes:  Doors will open at 10 a.m. with auditions starting shortly thereafter.  Women may bring mirrors, makeup, and hairstyling essentials to prepare for auditions. They should be performance-ready to try out with hair and makeup complete when auditions begin.

“The Nyxette’s signature top hats and tails bring an element of New York-style dancing to Mardi Gras, which has made the Nyxettes one of the premier dance troupes during Mardi Gras,” said Nyxettes Director and Krewe of Nyx Captain Julie Lea.  “The Nyxettes have become an integral extension of our sisterhood and represent the Krewe at events throughout the year.” 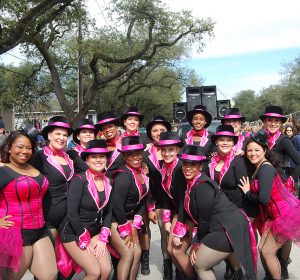 The Nola Nyxettes were founded in 2012 and made their debut at the Krewe of Nyx Ball on February 1, 2014.  The team marches in several carnival parades during the season including – Freret, King Arthur, Nyx, Iris, Thoth, and Zulu. 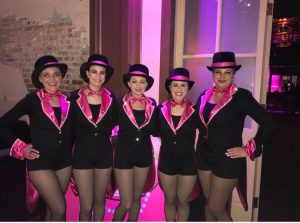 The feeling of attending Mardi Gras is incomparable with any feeling, but being at the forefront of the parade is a feeling indescribable.

Mardi Gras  is a must in New Orleans. It is one of the celebrations of the year with exciting sights and sounds and floats. You will never know the worth of the season until you attend one. It is not enough for you to attend, you must plan it carefully to relinquish every moment.

The Mardi Gras season is the season where every kind of dressing is simply imaginable. It is an event-loaded period with contests for the best costumes with the crowd watching with much as much fun and enthusiasm as the parades themselves.

You cannot talk about the Mardi Gras without making mention of beads, stuffed animals, cups, and doubloons. You will hear the crowd cheering, “Throw me something, Mister!” at the riders of the floats. Get ready with your cloth bag or sturdy plastic to get a hold of all treasures thrown at you. You must be ready for the fun because some people due to over-excitement may grab the beads you have collected. The fun never ends until midnight on Mardi Gras night. 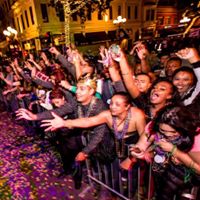 Each year the Mystic Krewe of Nyx parades on the Wednesday night before Mardi Gras.  If you have the chance to see it, you won’t be disappointed.  Just yell for the ladies “Throw me something Sister!” to catch some of the fun swag and useful throws that Nyx is known for.

We hope to see you all on the Avenue!